THE WESTERN HOCKEY LEAGUE HAS ANNOUNCED ITS RETURN TO PLAY PROTOCOL FOR THE 2020-21 SEASON, CLICK HERE TO LEARN MORE
THE ROCKETS ONLINE STORE AND STORE IN PROSPERA PLACE ARE TEMPORARILY CLOSED
March 23, 2014 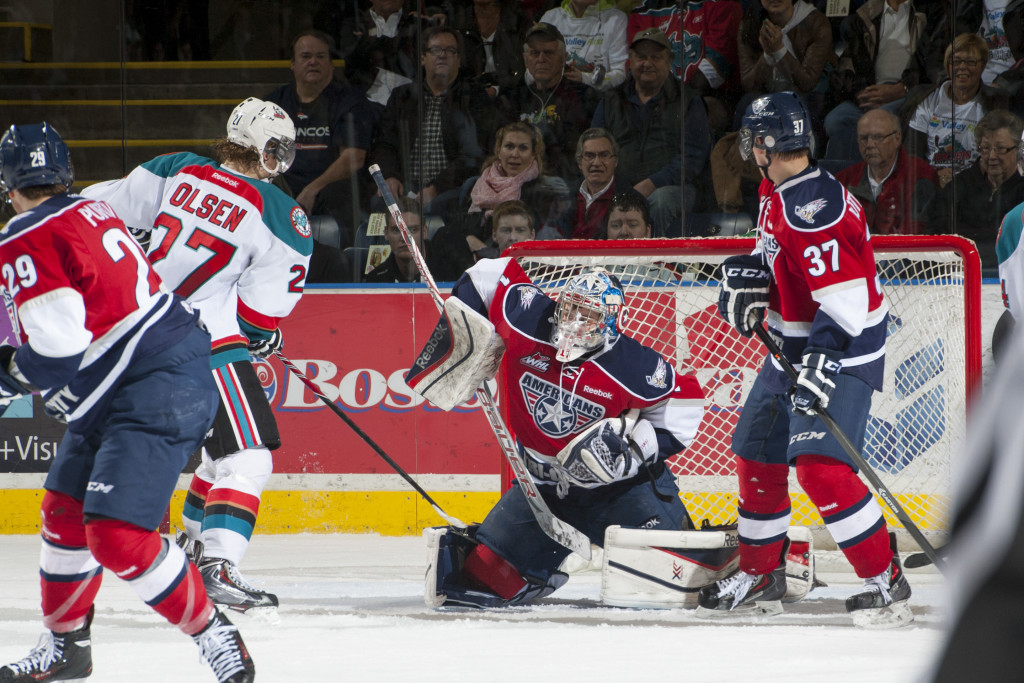 The Kelowna Rockets defeated the Tri-City Americans 3-1 on Sunday afternoon, taking a two-games-to-nothing series lead on the Americans with a convincing effort at Prospera Place in Kelowna.

Ryan Olsen scored the game-winner and Joe Gatenby had his first WHL goal to lead the Rockets offense. 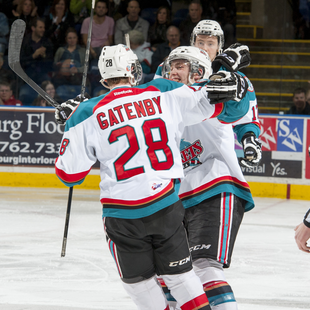 After Tri-City opened the scoring on a goal by Philip Tot midway through the first, Myles Bell got the Rockets rolling with his second of the playoffs, ripping a wrist-shot home about four minutes later.

Olsen would score the eventual winner after a bounce off the glass and he was able to put a back hander home. Gatenby’s slap shot went top corner early in the second and the Rockets clamped down defensively after that. 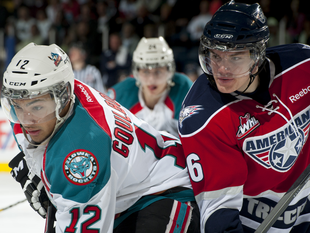 “It was a great game for us,” said Olsen. “As a team we put in a complete effort. We kept pressing on them and finding the puck and we had lots of shots on net so that helped us.”

Jordon Cooke earned his second straight win in net, although Eric Comrie was the busier goalie as the Rockets outshot Tri-City 47-25 in the game.

With the Rockets up two-nothing in the series the teams will now head to Kennewick, WA for games three and four on Tuesday and Wednesday.

Game five if necessary will take place Friday back in Kelowna.