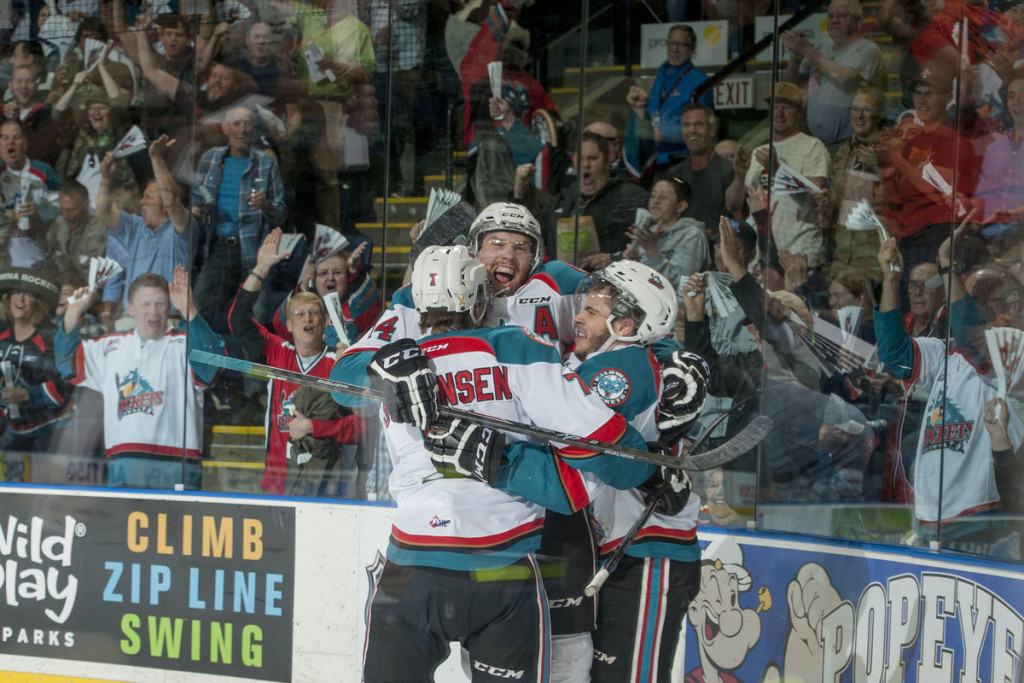 The Kelowna Rockets defeated the Brandon Wheat Kings 5-3 on Monday night at Prospera Place in Kelowna, taking a commanding 3-0 lead in the WHL Championship series.

Rourke Chartier scored two goals and added an assist to lead the Rockets attack while Nick Merkley had three assists and Leon Draisaitl a goal and an assist. 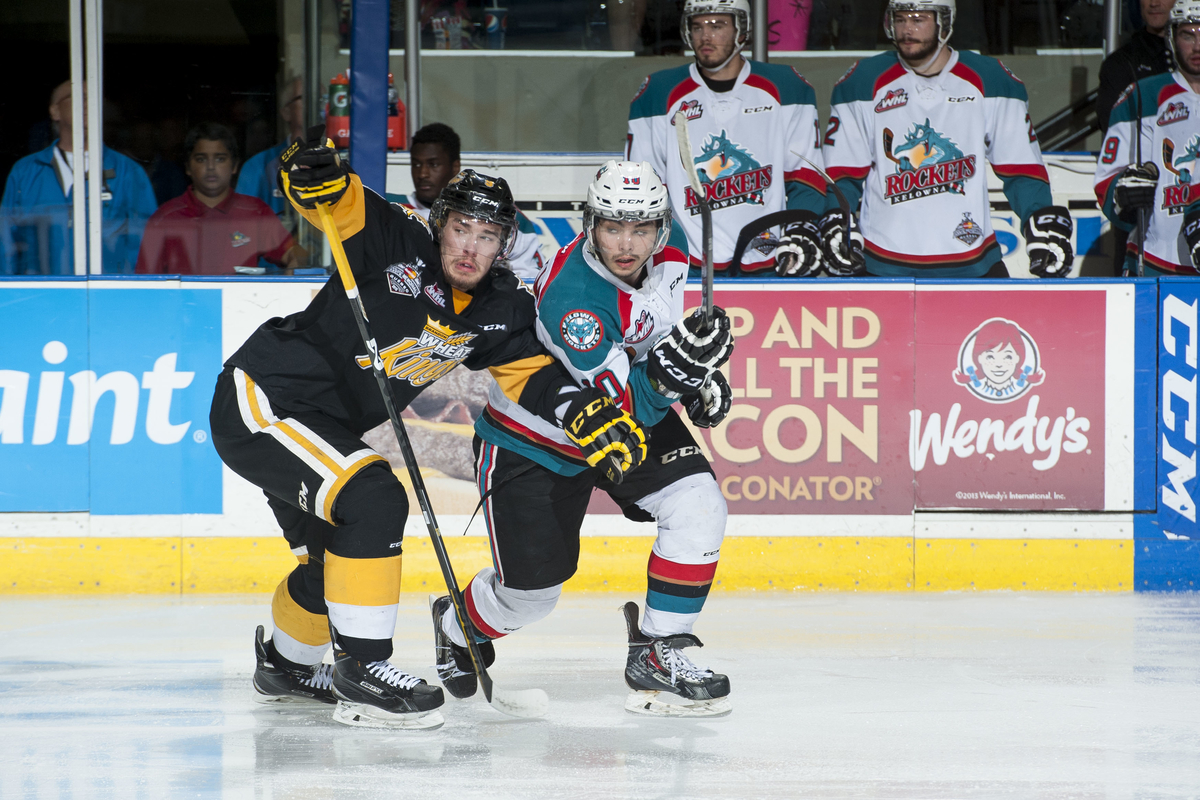 The Rockets led 2-1 after the first period and 4-1 at one point in the second period, before Brandon got back into the game, cutting the Rockets lead to 4-3 in the third period.

But Chartier’s second goal of the game made the score 5-3 with about six minutes to play in the third period, cementing the victory.

“I thought it was a really high-paced game,” said Rockets coach Dan Lambert. “For awhile there it was really back and forth we were exchanging chances which is probably not what we want to do with Brandon. But we were able to weather the storm and managed to get lucky and get a win.” 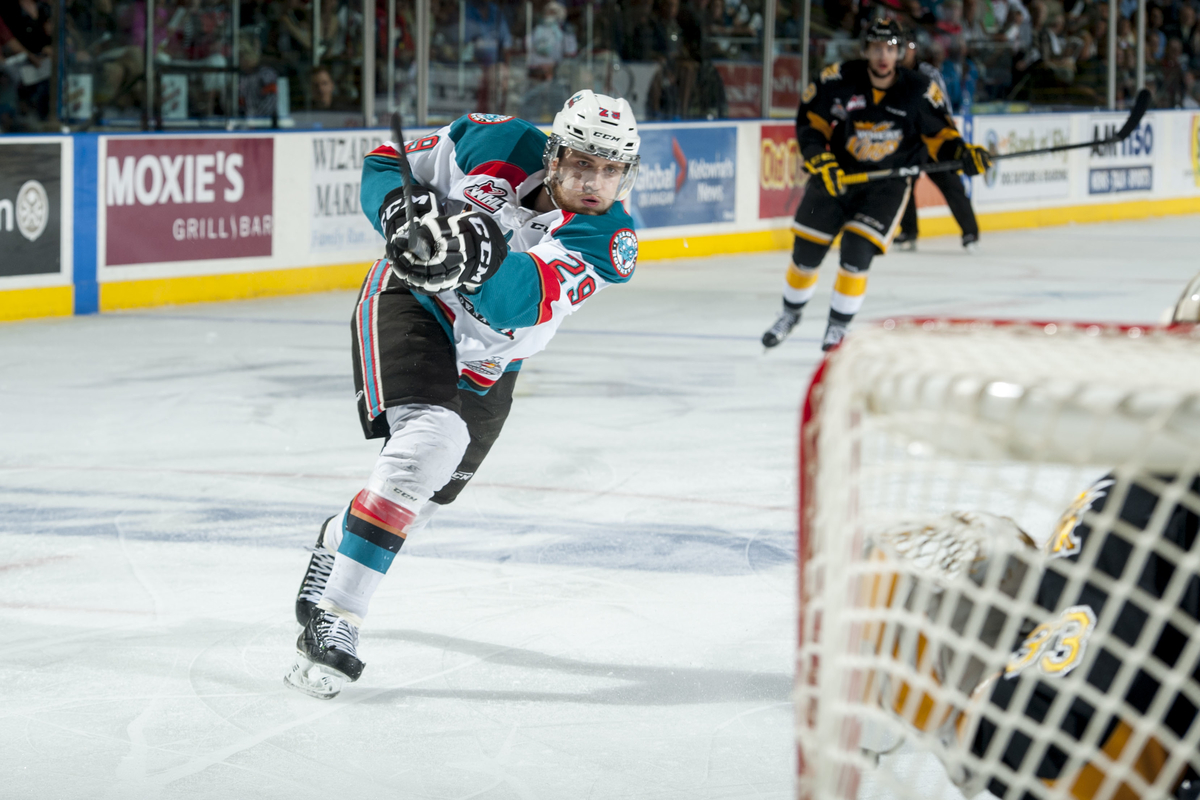 The Rockets win came in front of a boisterous sellout crowd of 6,271 fans at Prospera Place.

Game four is set for Wednesday night at Prospera Place.

There are tickets still available through www.selectyourtickets.com.