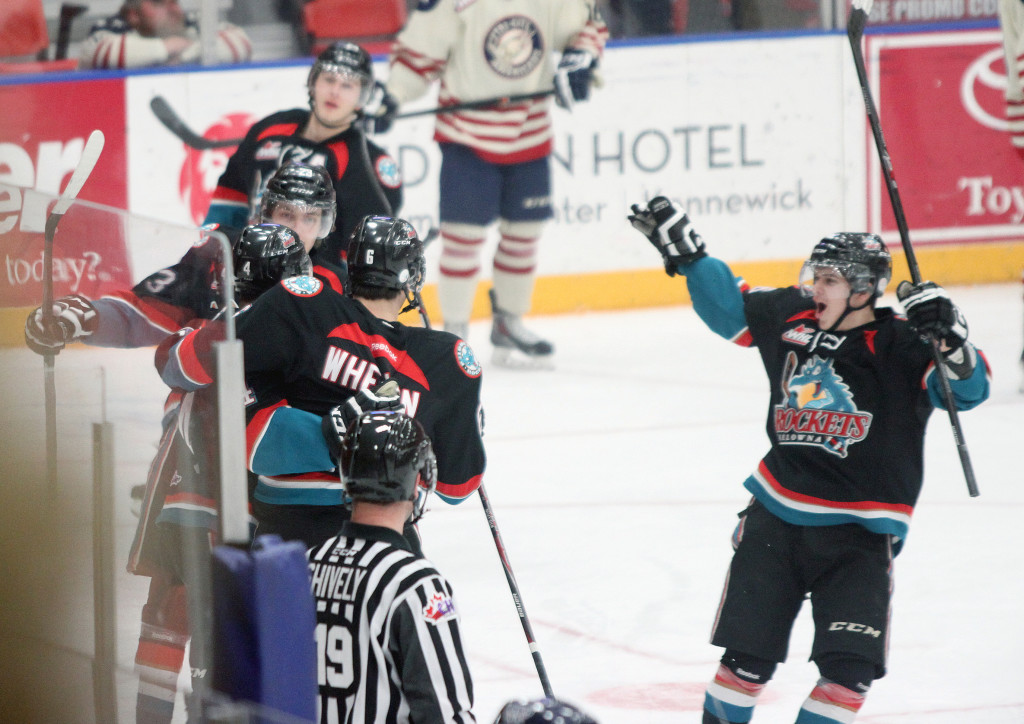 The Kelowna Rockets defeated the Tri-City Americans 5-3 on Wednesday night in Kennewick, WA, taking a 3-1 series lead in the team’s 1st round WHL Playoff series.

Madison Bowey and Cole Linaker scored in the first period and Justin Kirkland added his 2nd of the series as the Rockets raced out to a 3-0 lead early in the second period. 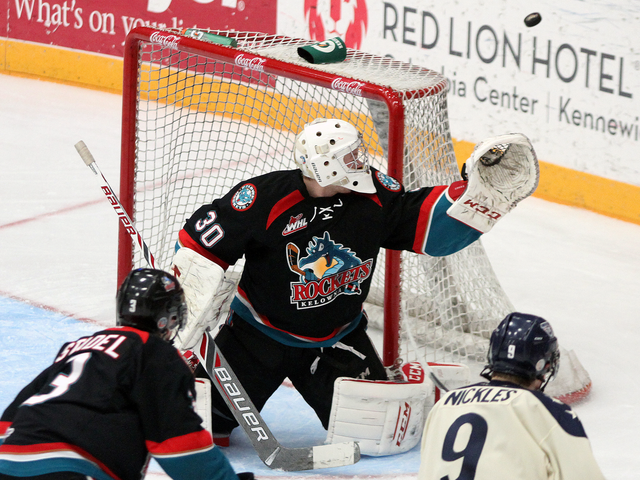 Tri-City’s Brian Williams cut the lead to 3-1 midway through the period, but a power play marker by Marek Tvrdon put Kelowna up 4-1.

Tri-City again cut the lead to two goals with a goal late in the second period, but Baillie, named the game’s 1st star, scored early in the 3rd to give the Rockets some insurance.

Rockets assistant coach Dan Lambert said it was another game that featured great goaltending at both ends of the ice.

“Whenever you face goaltending like we are it’s never easy but in saying that our goalie probably won us this game tonight,” said Lambert on the AM1150 post game show. “Jordon Cooke was phenomenal. We look like a team that has played four games in five nights and Jordon was there to bail us out. He made several unreal saves.”

“I thought we were pretty dominant in the first period but in the second they pushed back and we didn’t play the way we wanted to,” said Lambert. “We stopped skating,” allowing Tri-City back into the game. 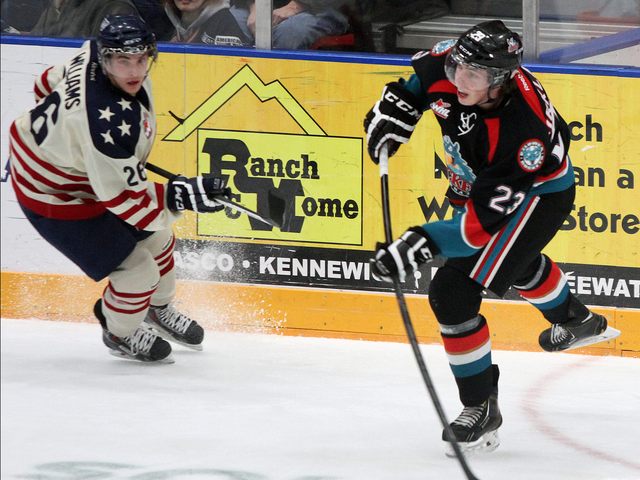 The series now shifts back to Kelowna for game five on Friday night at Prospera Place where the Rockets opened the series with back-to-back 3-1 wins.

“We’ve played them pretty well at home,” said Lambert. “We haven’t given them a whole lot at home and that’s what we are going to have to do. Our game plan is to check them and play in the offensive zone.”