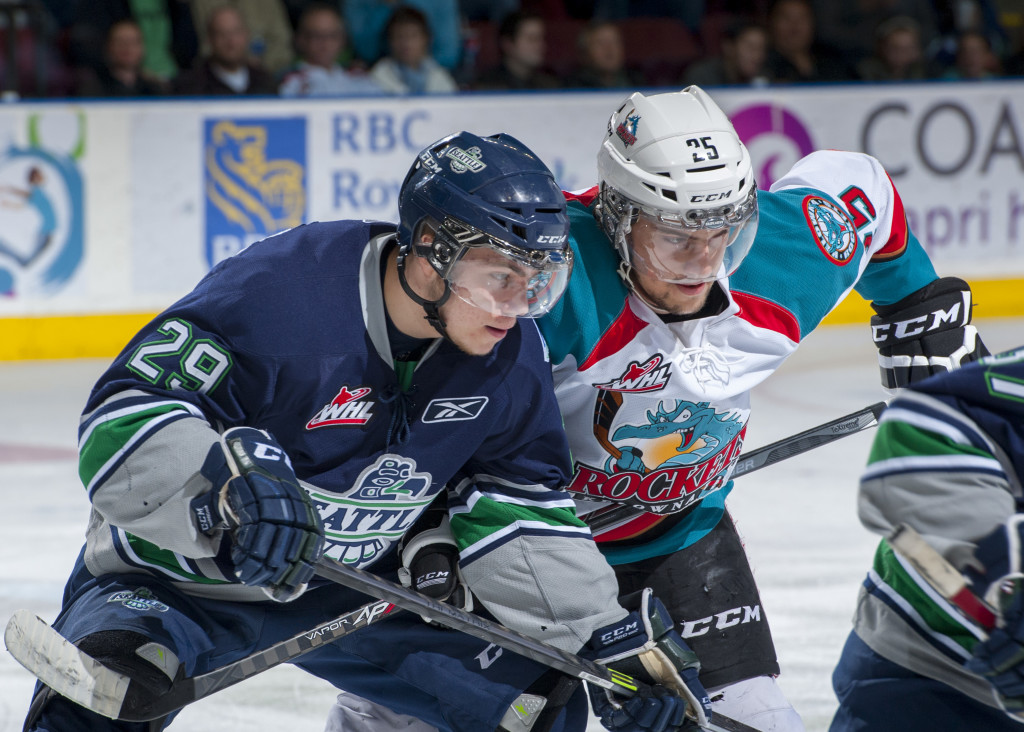 The Kelowna Rockets defeated the Seattle Thunderbirds 6-3 on Saturday night at Prospera Place in Kelowna, taking a two-games-to-nothing series lead on the T-Birds with the series now shifting to Seattle. 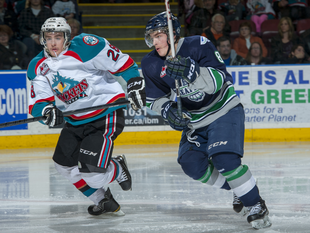 Rockets goaltender Jordon Cooke was sensational and six different Rockets scored in the victory as Kelowna put up six goals on Seattle for the second straight game.

Damon Severson and Nick Merkley each scored a goal and added two assists as Kelowna held off a big first period from Seattle before taking over the game offensively.

Seattle outshot Kelowna 38-29 in the game, including 18-7 in the first period, but Cooke was excellent in the Rockets net, allowing his team to get going in the second and third.

It was the Rockets youth who provided plenty of energy as 16-year-old Merkley and 17-year-old Chartier combined for five points between them. 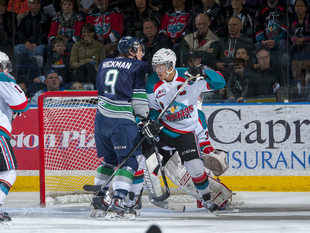 “It makes you feel very good about the future of the team when you see that. Both guys play with a lot of heart we need them to keep doing what they are doing,” said Rockets head coach Ryan Huska on the AM1150 post game show, who added Seattle will be tough in their own building. “We have to learn from this game. Seattle is going to come hard and they will be tough in their own building.”

The teams will now head for Seattle for games three and four in the series Tuesday and Wednesday night at the ShoWare Centre.

If necessary the Rockets will host game 5 on Friday, April 11 back at Prospera Place with game six slated for Apirl 13 in Seattle and game seven April 15 back in Kelowna if the series goes that far.