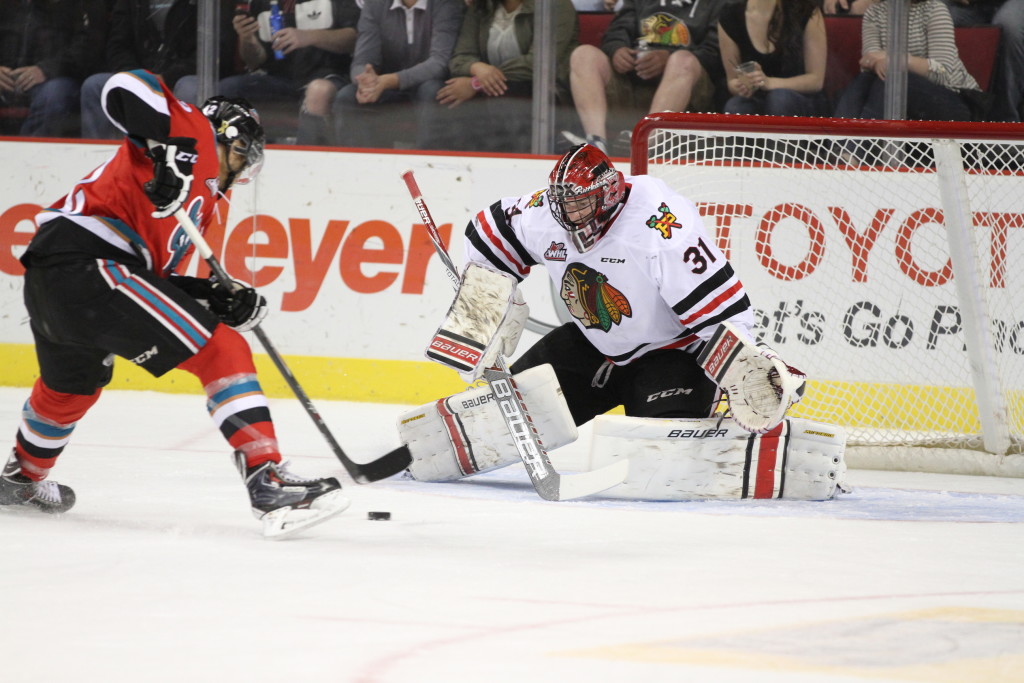 The Kelowna Rockets defeated the Portland Winterhawks 3-2 on Wednesday night at the Moda Centre in Portland, tying up the WHL Western Conference Final at two games apiece, heading to game five on Friday, back in Kelowna.

The Rockets earned a split of two games in Portland with a tight and entertaining win over Portland, bouncing back after Tuesday night’s loss.

Jackson Whistle stopped 40 of 42 shots in the Kelowna net as the Hawks outshot Kelowna 42-28.

The game was tied 1-1 after the first period, before Kelowna scored twice in the second period to take a 3-2 lead into what would be a scoreless third.

Tyrell Goulbourne scored the game winning goal while Leon Draisaitl had a goal and an assist for the Rockets. Chance Braid also scored and Nick Merkley had two assists.

Assistant coach Kris Mallette told the AM 1150 post game show that it was a much different effort than in game three’s loss.

“It was night and day from last night to tonight,” said Mallette. “Our guys showed we’re still in it. It’s tough to recover (from a game like that). There were a lot of people who had their opinions (but) our guys responded very well tonight. There was desperation in our game tonight from everybody which was good to see.”

The Rockets penalty killers kept Portland off the score-sheet Wednesday as the Hawks were 0-for-6 on the power play. Kelowna was 1-for-3 with the man advantage.

“We did what we set out to do,” Mallette added. “We’ve given ourselves a chance to go back to Kelowna where our fans are going to be behind us 100 per cent. There’s a lot of travel so it will be who can come back and be as rested as possible. We’re going to be fired up and ready to go and we hope our fans will be too.”

Game five is Friday in Kelowna with the series knotted at two games apiece.

Tickets are on sale through www.selectyourtickets, at the Prospera Place box office or 250-762-5050.