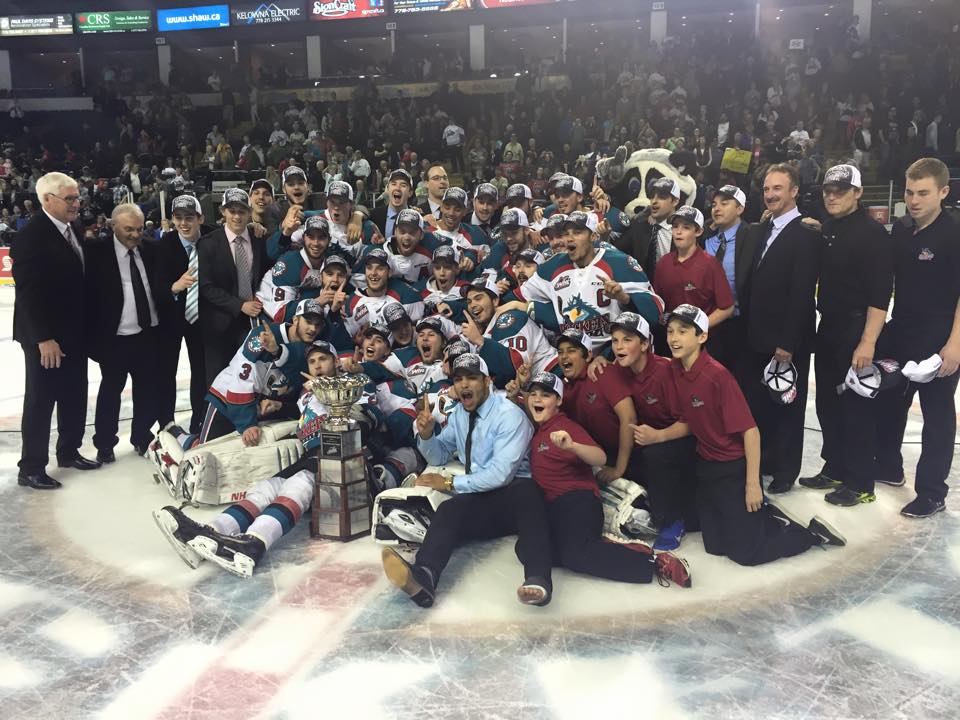 The Kelowna Rockets defeated the Brandon Wheat Kings 3-0 on Wednesday night at Prospera Place, winning the WHL Championship in four games and qualifying to play in the 2015 Memorial Cup.

Leon Draisaitl, Rourke Chartier and Nick Merkley scored for the Rockets as they claimed the Ed Chynoweth Cup as WHL Champions in front of the largest crowd in Prospera Place since 2004 as 6,428 cheered the Rockets onto victory.

Game four was a tightly contested game that scoreless through two periods of play before the Rockets took control with two short-handed goals on the same penalty.

First Leon Draisaitl opened the scoring on a nice passing play and then just 19 seconds later, Chartier scored his 13th of the season to give Kelowna a 2-0 lead early in the third period.

Merkley would add the insurance goal later and Jackson Whistle shut the door for his fourth shutout of the WHL Playoffs.

The Memorial Cup in Quebec City opens next Thursday and the Rockets will play the host Quebec Ramparts on Friday May 22.