Underway: Rockets and Pats in Kelowna 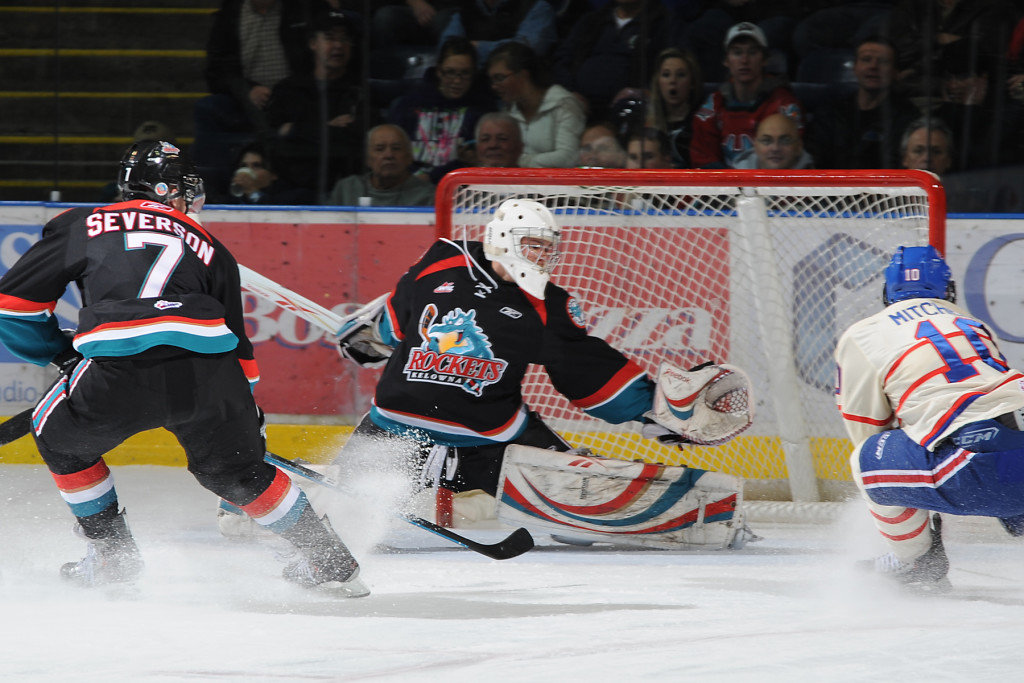 The Kelowna Rockets defeated the Regina Pats 6-1 at Prospera Place in Kelowna on Wednesday night in a game that was closer than the final score indicated.

Leading 3-1 late in the third period the Rockets added three goals in the final 90 seconds to ice the game.

Geordie Wudrick scored the game’s first and last goals en route to a hat trick that now gives the 20-year-old 10 goals on the season.

At 3-1 Regina pulled goalie Damien Ketlo for the extra attacker. Mitchell Callahan scored into the empty net for the Rockets before Andreas Stene and Wudrick added goals in the final seconds of the game.

Rookie Damon Severson had the other goal for Kelowna, scoring his third of the season midway through the second period to give Kelowna a 3-0 lead.

Rockets goalie Adam Brown made some key saves in the third period, keeping the Rockets lead at 3-1, especially on a third period power play when Brown turned aside several chances. Brandon Davidson was the only Pats’ player that beat Brown with a low shot in the second period.

“Adam has been playing very well,” Rockets coach Ryan Huska told the AM 1150 post game show. “You know when a goalie is hot he has that confidence that nothing is going to get by him and that is where Adam is at. He’s done a great job for our team.”

The Rockets are off until Saturday when they head to Spokane.

The team’s next home game is Wednesday Dec. 1 against Seattle. Check for tickets here. 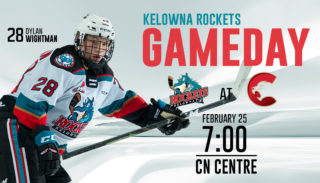