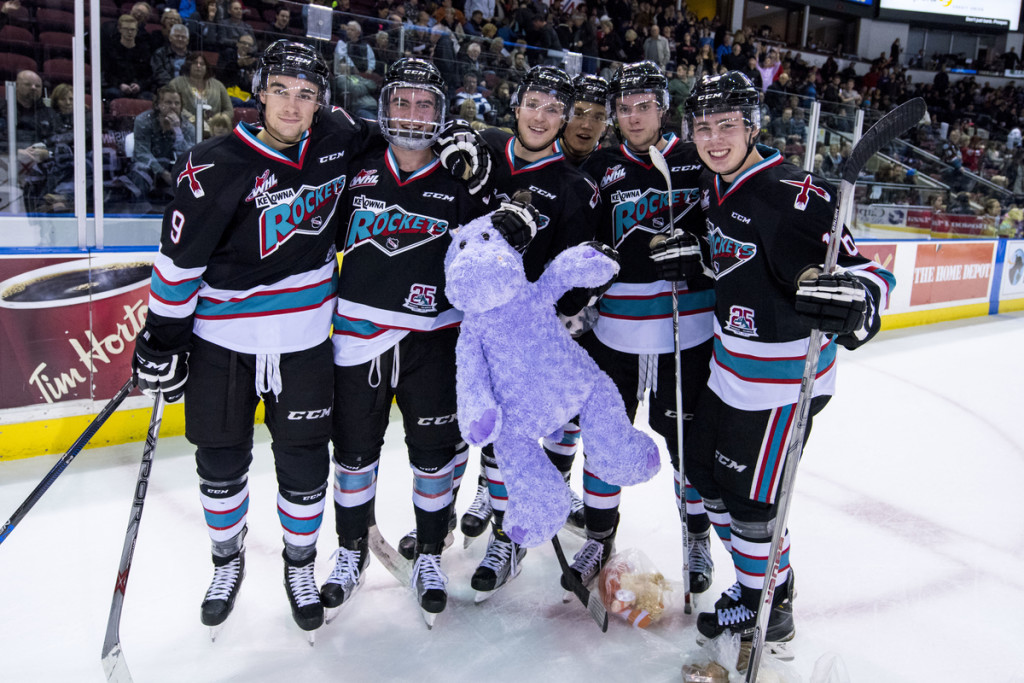 The Kelowna Rockets defeated the Portland Winterhawks 4-2 on Saturday night at Prospera Place on the Rockets Teddy Bear Toss night in support of Kelowna General Hospital.

After the majority of the first period passed without a goal, Dillon Dube buried a one-time slap shot, for the  second straight year, scoring the team’s Teddy Bear Goal.

“I was lucky enough to get them,” he said on the ice following the goal. “Both were good passes to me. All I had to do was shoot. Last year was a tap-in and this year…it came about the same time too. It was nice to get it for the guys.”

The win was the Rockets third straight and eighth straight at Prospera Place and improved Kelowna’s record to 22-6-1-0 on the season, first place in the WHL. 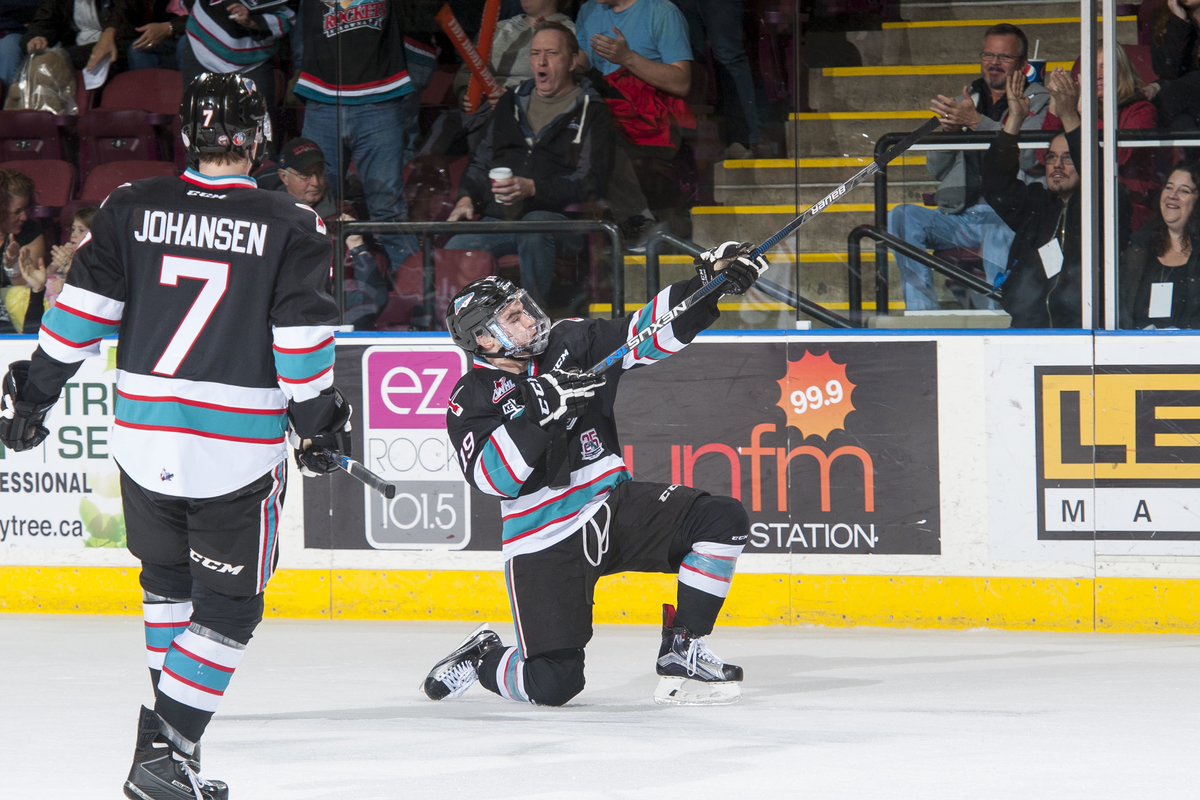 The team’s exchanged goals in the second period as Portland tied the game 1-1 early in the second before Nick Merkley and Dube, with his second of the night, gave the Rockets a 3-1 lead.

The Hawks would get within a goal before the end of the second, but a third period marker by Joe Gatenby gave the Rockets the 4-2 lead.

Jackson Whistle earned the win in net while Justin Kirkland chipped in with two helpers. Shots were 54-29 for the Rockets. 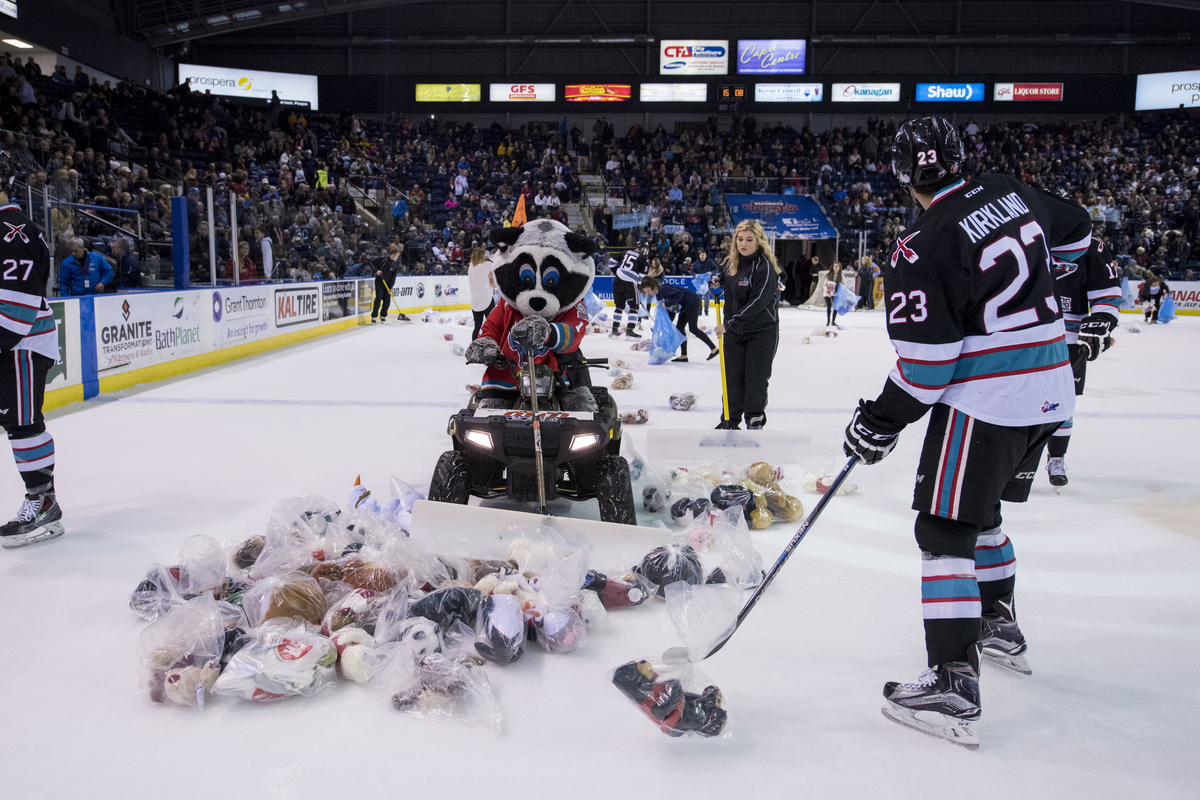 The Rockets will now head out on a six-game road trip to Saskatchewan and Manitoba to close out its pre-Christmas schedule, beginning next Friday in Regina and ending Dec. 19 in Saskatoon.

Kelowna returns home on Dec. 28 when they host the Kamloops Blazers.