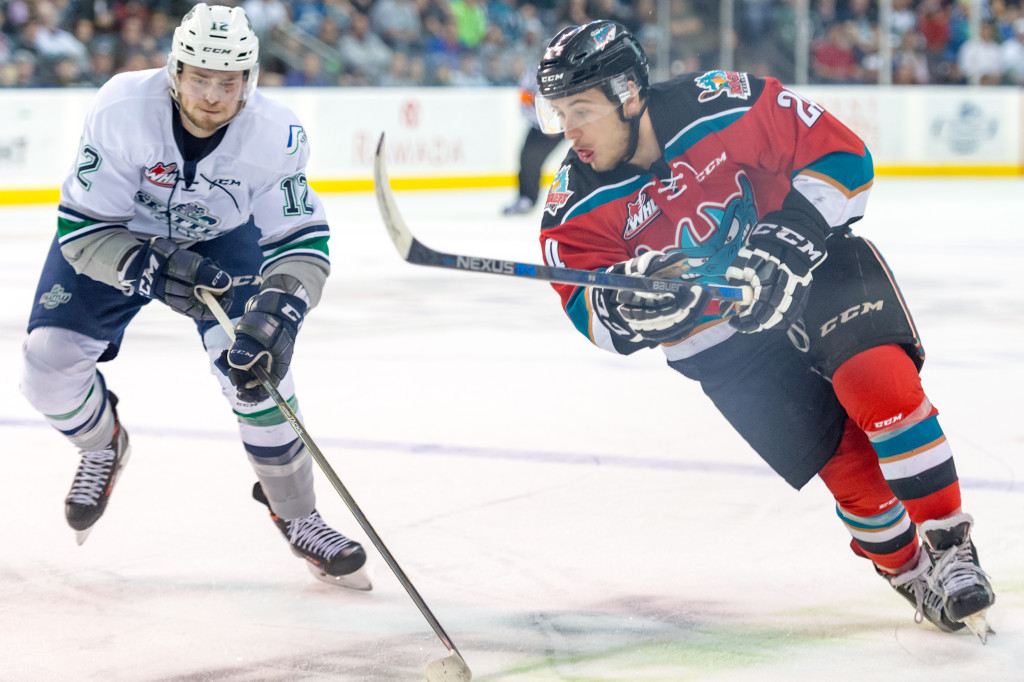 The Seattle Thunderbirds defeated the Kelowna Rockets 5-4 in double-overtime on Wednesday night in Seattle to end the WHL Western Conference Championship, beating the Rockets in four straight games.

Michael Herringer turned in a first-star performance, facing 76 shots in the loss, as Seattle outshot Kelowna 76-32 in the game and 30-6 in the two overtime periods.

The Rockets led throughout regulation, holding 2-0, 3-1 and 4-2 leads before the Thunderbirds scored twice late in the game to force overtime, including the game-tying goal with just 2.7 seconds remaining in the third.

Justin Kirkland scored twice and finished the WHL Playoffs with 11 goals, while Tyson Baillie and Rodney Southam also scored for the Rockets.

The loss means the end of the season for the Rockets, who advanced to the Western Conference Championship with seven-game series wins over Kamloops and Victoria.