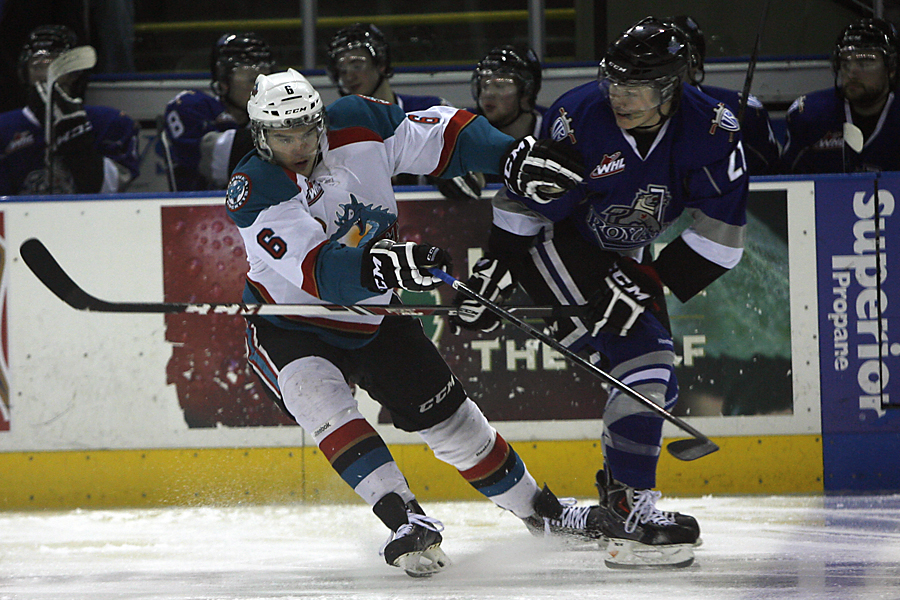 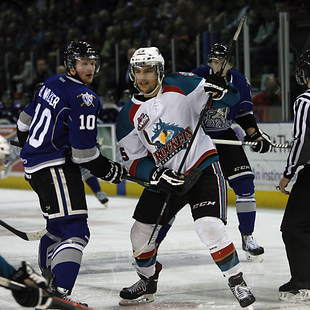 The Victoria Royals defeated the Kelowna Rockets 3-2 at Prospera Place in Kelowna on Tuesday in a fast-paced and physical game between the two WHL BC Division rivals.

Axel Blomqvist scored with just over three minutes to play in the third period, snapping a 2-2 tie and giving the Royals the win.

Kelowna led 2-1 heading into the third period before the Royals tied the game early on a goal by Ryan Gagnon, then won it later.

Rockets forward Cole Linaker scored a short-handed marker to give the Rockets a 2-1 lead in the second period, energizing a crowd of just over 4,900 in Kelowna.

“Early in the game I thought we were pretty good until we got a power play,” said Rockets head coach Ryan Huska, on the AM1150 post game show. “I thought their penalty kill outworked our power play. Because we couldn’t generate momentum on the power play it cost us.” 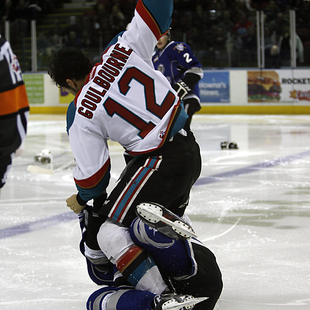 The Rockets had opened the scoring early in the first with the first WHL goal by affiliate player Tanner Wishnowski on his first shift in the league, after being called up from the Okanagan Rockets of the BCMML.

The loss dropped the Rockets record to 54-11-0-4 with just three games remaining in the WHL regular season.

Kelowna will head to Kamloops on Wednesday to meet the Blazers before a home and home with Vancouver on the weekend to close out the regular season.

The Rockets and Giants will play in Vancouver on Friday before playing in Kelowna on Saturday.

Tickets for the Rockets home games, as well as the team’s first two WHL playoff games on March 22 and 23, are on sale at www.selectyourtickets.com.