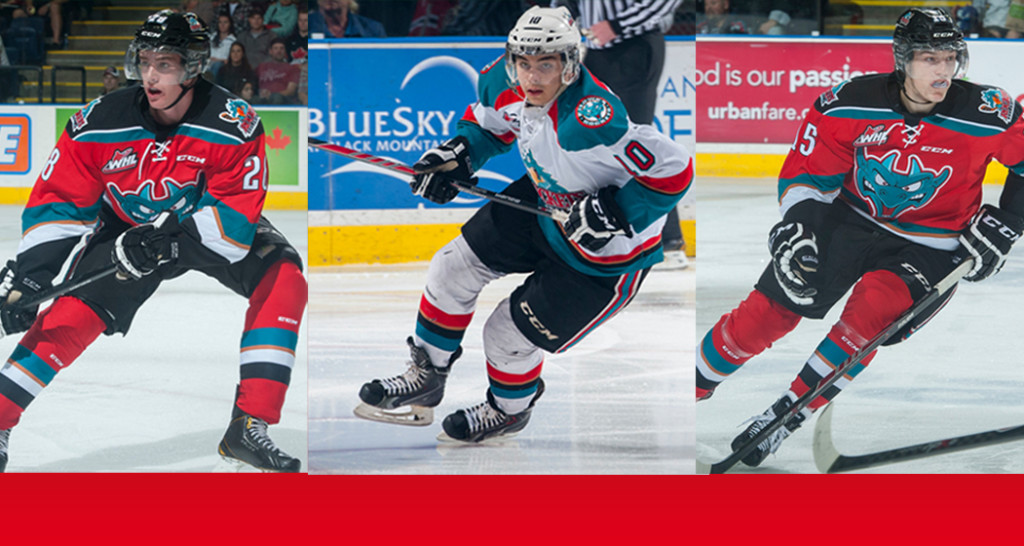 Three members of the Kelowna Rockets have been identified by NHL Central Scouting in its November preliminary Players to Watch list for the 2015 NHL Draft today.

Nick Merkley, Joe Gatenby and Tomas Soustal are all ranked on the list, along with 59 other Western Hockey League players.

Merkley was assigned an A rating, along with seven other WHL players including Mathew Barzal of the Seattle Thunderbirds, Paul Bittner of the Portland Winterhawks, Brandon Carlo of the Tri-City Americans, Jansen Harkins of the Prince George Cougars, Ivan Provorov of the Brandon Wheat Kings and Swift Current Broncos’ forwards Jake DeBrusk and Glenn Gawdin.

Both Gatenby and Soustal were given C ratings, indicating a possible draft spot in the fourth to sixth rounds of the 2015 NHL Entry Draft.