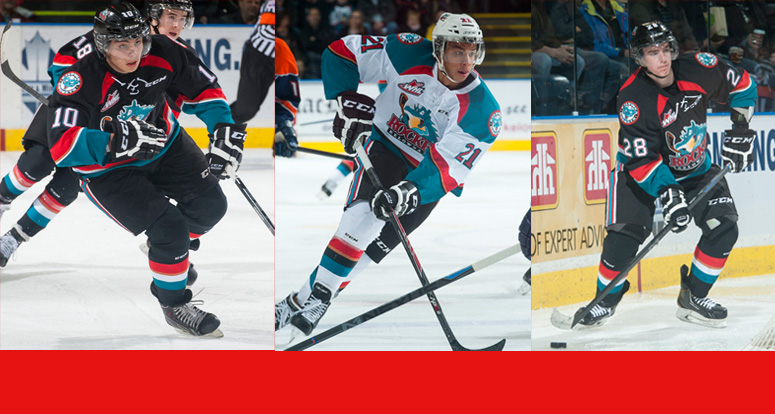 Three members of the Kelowna Rockets were among 51 Western Hockey League players listed by NHL Central Scouting this week in its mid-term rankings of players eligible for the 2015 NHL Entry Draft.

Forward Nick Merkley along with defencemen Joe Gatenby and Devante Stephens were listed in the rankings.

Merkley, who has 14 goals, 50 assists and 64 points in 45 games this year to sit third in the WHL scoring race, was the third highest WHL player ranked, sitting 13th, behind only Seattle’s Mathew Barzal (ninth) and Brandon’s Ivan Provorov (10th).

Stephens, a Rockets rookie, sits in 108th place in the rankings while Gatenby, in his second season with the Rockets, is ranked 134th.

In all, 44 WHL skaters and seven goaltenders were listed in the rankings.