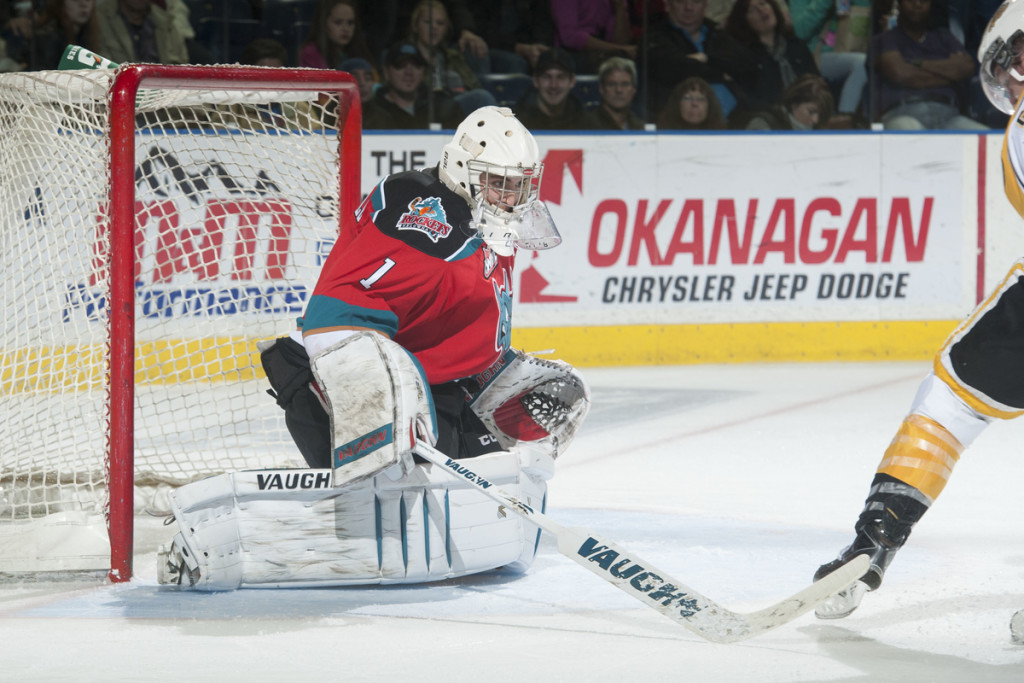 The Kelowna Rockets defeated the Portland Winterhawks 5-0 on Thursday night in Portland, OR, kicking off a stretch of three road games in four days.

The win improves the Rockets record to a WHL-best 13-1-0-0 on the season and also moved two Kelowna Rockets into a tie for the top spot in goals scored in the WHL.

Rourke Chartier scored twice and Tyson Baillie had one in the Rockets win, giving both players a league-leading 11 goals on the season.

Jackson Whistle was excellent in net, posting his third shut-out of the season. The Rockets outshot Portland 36-29 in the game, but in the first period the Hawks outshot Kelowna 15-9.

“I thought we weathered the storm in the first period,” said Rockets assistant coach Travis Crickard on the AM 1150 post game show. “They pushed hard in the first. Jackson was really sharp for us and made a number of key saves. We were pretty sharp on face-offs in the second and third periods and our guys picked up their game.”

Justin Kirkland and Cole Linaker also scored for the Rockets who were 1-for-6 with the power play. Portland was 0-for-6.

It was the first of two games between the two teams this week in Portland with the rematch going Saturday night.

Kelowna also plays Sunday in Vancouver before returning home for a Wednesday night game against Victoria.